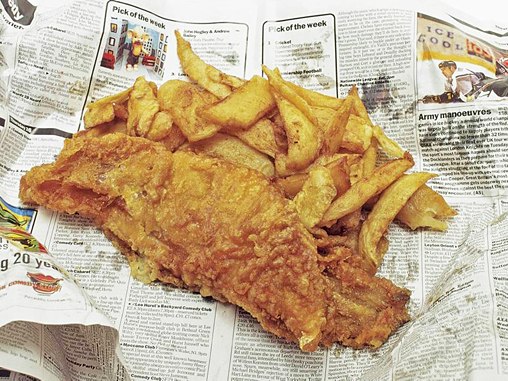 or so the saying goes.  These old words of wisdom were often used to console those on the receiving end of unwelcome publicity. The next day would bring a new headline, and the world would move on. Well, not anymore.  The invention of new media has brought about some new words of wisdom and we’d all do well to remember them…

The World Wide Web has been around for almost thirty years now, and during that time has undergone a number of re-births.  It has evolved from Web 1.0 which merely ‘pushed out’ information, to Web 2.0 which allowed for two-way communication.  According to Dr. Jim McNamara in his 2007 article New Media: How Web 2.0 is changing the world, “Web 2.0 refers to a second generation of internet-based services, the key attributes of which are that they allow openness for collaboration and high levels of interactivity without requiring programming skills”.  In terms of the public relations profession, this change in technology shifted the onus of online communications from IT professionals to PR professionals.

Dr McNamara notes the key challenge in learning how best to utilise the internet is that most of what is written is out of date by the time it’s published.  And true to this, we have now seen the emergence of Web 3.0, a phrase first coined by John Markoff of the New York Times in 2006.  Web 3.0 refers to an ‘intelligent web’ which allows machines to do the thinking, instead of just following commands.  It seems likely we will just be coming to terms with the workings of Web 3.0, when Web 4.0 will emerge, offering new and more exciting methods of communication.

These changes in technology pose enormous challenges for those working in public relations.  Everything has changed, from media monitoring and analysis to media relations and corporate communications.  Media now includes bloggers, podcasters, chatroom hosts, citizen journalists and many more.  Public relations must strive to communicate in a manner appropriate to each and ensure key messages are still reaching target audiences.

A 1996 report on the issues facing communication professionals, Managing the Information Superhighway, said that the role of public relations within an organisation is to act as coordinators or integrators to ensure that the material located on the internet fits the organisation’s image.  The World Wide Web may have evolved since 1996, but the role of the public relations profession still remains the same.

Every one of an organisation’s stakeholders is now a potential communicator, and every one of them holds the ability to affect the organisation’s brand.  According to Heidi Cohen (2014), President of Riverside Marketing Strategies, given the widespread corporate social media use, it is surprising that businesses continue to make the same mistakes that get them into trouble with their customers and their public. She believes such failings point to a ‘hole’ in social media strategies.  Cohen recommends providing social media training and guidelines to all employees to empower them to participate in social media and represent their organisation in a way that takes into consideration the implications of the content used and how it may be interpreted by different backgrounds and perspectives.

As we make our way through this era of fast moving technology, those who work in public relations need to accept that they cannot control the internet.  Only when they accept this, can they truly begin to formulate an effective digital plan on behalf of an organisation.

For more information on implementing an effective online communications strategy for your company contact Communications Hub.

According to Cisco video will account for 69% of all consumer internet traffic by 2017 and video-on-demand traffic alone will have almost trebled.

In the U.S. mobile video ad spend is growing faster than all other digital advertising tactics.  EMarketer states that $7.46 billion was spent by companies on digital ads, an increase of 42% from 2014.

Social media platforms are reaping the benefits of this shift to video, with Facebook reporting 8 billion video views daily, while Snapchat delivers over 7 billion videos to users each day.  This represents an unbelievable growth of almost 50% in video usage on Snapchat in just 4 months.

In this era of information overload, video is naturally engaging and easy to digest.  It also delivers a message in a more personal way, evoking more passion and emotion, and creating better community engagement.

Here are some useful tips when creating video content:

Online video is set to continue its rise and will remain an important element in marketing and communications strategies going forward.

Ignore it at your peril!

For further information on communications and marketing strategies for your business, contact us today.