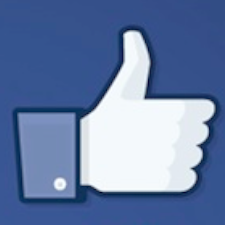 According to a recent survey by Ipsos MRBI on Social Media Statistics in Ireland, Facebook account ownership dropped in Ireland to a low of 59% in April before returning to January 2017 levels of 64% in August.

It’s a small dip, but still represents a significant indicator of how social media platforms are developing in the current social and economic climate.1.695* million adults aged 15+ in the Republic of Ireland use Facebook on a daily basis.

The drop doesn’t take away from the fact that Facebook is still the number one social media platform in both Ireland and the world, with 1.695 million adults aged 15+ in the Republic of Ireland using it on a daily basis.

A big winner so far this year has been Twitter, which after a few quarters of negative or no growth, has seen an increase of users of 6% – the highest level of growth experienced across all social media platforms in 2017.

After a growth of 6% from June 2016 to January 2017, Instagram remained stagnant with 28% of the Irish population having accounts.  56% of those with accounts use Instagram daily, making it the second most used platform, behind Facebook, in Ireland.

Another platform which has been holding steady now, both this year and last, is Tinder.  5% of the Irish population currently have Tinder accounts, showing that the popular dating app is going nowhere anytime soon.

Other social media platforms that experienced drops included           Google+, LinkedIn and Pinterest.  No great surprise to see Pinterest in that category given it has been performing poorly now with the last few quarters – despite a temporary jump in January this year.

All in all, there were little surprises in the recent statistics on social media use in Ireland.  What the figures do show, however, is that while certain online platforms may increase and dip in popularity over the course of the year – social media is going from strength to strength, both for personal and business use.