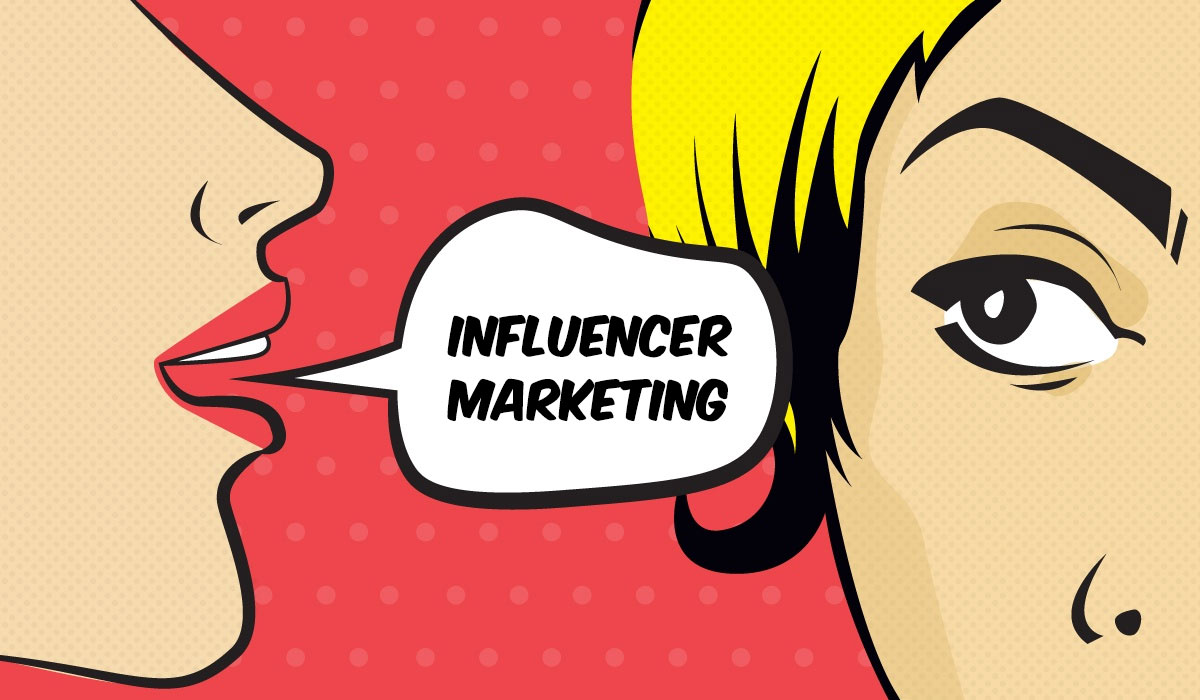 An American Family is often credited as being the first proper reality TV series to hit screens in 1973.  It was a fly-on-the-way documentary that followed the lives of ordinary couple Bill and Pat Loud and their five children.  Containing arguments, affairs, and ultimately divorce, it caused a furore in America and changed the face of television forever more.

The model of reality TV didn’t change much over the years and became a ‘social norm’ for those growing up in the noughties, which saw an explosion in such series.  Programmes like Keeping Up with the Kardashians, Big Brother and Masterchef were churning out reality tv stars by the week and, suddenly, we had a whole new type of celebrity.

We found ourselves swamped with reality tv stars everywhere we turned – tv, magazines, every type of opening imaginable and, of course, online – and so was born the ‘Influencer’.  It was the growth of social media though that really exploded the power of these influencers and brands began falling over themselves to be associated with the ‘celeb of the moment’.

As with all fads, the reality tv sector eventually reached saturation and we started to tire of the ‘z-listers’.  We wanted something new, something authentic and real.  We grew tired of scripted ‘fake reality’,  we wanted real people in real life circumstances.   And so dawned the era of social media influencer – real people, just like you and I.

Popular online influencers tend to be bloggers or vloggers on certain topics – fitness, clothes, make-up, parenting, cooking – the list is endless.  It takes a huge amount of hard work to make it as an online influencer and build a following large enough to attract brands to use your influence as paid promotion.

This type of marketing has exploded in recent years and focuses on influential people, rather than the target market as a whole.  A brand identifies individuals that have influence over potential buyers and orients marketing activities around these.  It works because people buy from people they trust.

Social Media Influencers focus on particular genres and build a following of similar minded people.  They are in a position to build ‘real’ relationships with people who brands also want to build relationships with.  Influencers reach consumers via their blogs and social networks and their marketing clout has been steadily growing along with the popularity of platforms such as Instagram and Snapchat.

According to recent research, 70% of millennial consumers are influenced by the recommendations of their peers in buying decisions.  The same research found that 30% of consumers are more likely to buy a product recommended by a non-celebrity influencer, as they relate more to these and value their opinions more than that of celebrity influencers.  And that really brings us to the crux of the current controversy – the issue of transparency and trust.

The appeal of non-celebrity influencers centres around our ability to relate to them.  They invite us into their lives, their homes and their families, and become our ‘friends’.  A study by Altimeter Group showed that out of the influencers surveyed, 71 percent say their followers remain engaged due to the influencer’s authenticity…but what happens when an influencer isn’t being authentic?

In a world of millennials, where the line between the online and offline worlds has become so diluted as to almost be invisible, these online influencers are as authentic to many as ‘real-life friendships’.  They trust and believe these people, so when they make a recommendation, that carries a lot of weight.

For a long time, many influencers were getting away with blatant advertising cloaked as ‘friendly advice’ until the Advertising Standards Authority of Ireland (ASAI) started to clamp down on them and insist on transparency when being paid to promote products.  We now see bloggers using the likes of #promotion #sp or #ad to let us know that the post is a sales promotion.

While that was certainly a step in the right direction – although not every online influencer has been following the ASAI’s Code of Advertising Standards – it still left a huge grey area in terms of transparency.  What happens when a blogger isn’t being paid for a promotion but is instead receiving free products/perks from a company in lieu of promoting same?  Surely this should be subject to the same rules as paid promotions?

Unfortunately not, and so it’s increasingly difficult to distinguish between what is genuine advice and what is paid promotion anymore.  For me, this reflects a huge violation in terms of honesty, decency and truthfulness – the very core values on which influencers build their following – and ignores the bloggers’ responsibility to those followers and society as a whole.

Many of these Influencers are role models that their followers aspire to, especially the younger generation.  They wield a lot of power and that’s why transparency is so important.  Much of the current controversy has focused on the use of filters, or worse still, photoshop to alter images, thus creating unattainable body goals for many young influential followers.

There has also been concern that certain influencers have used cosmetic surgery, fillers, botox, etc. while claiming their enhanced looks are due to certain products.  A recently set up Instagram account under the handle @bullshitcallerouter has been calling out influencers on their false advertising, re-posting various pictures which had clearly been altered or photo-shopped.

So where to now for influencer marketing?  Onwards and upwards it would seem given the continued growth of social media.  Hopefully, however, the current focus on the area may force a more transparent and honest approach from influencers and encourage the brands they work with to take more responsibility for the type of content being created in their name.

As the mother of a young girl, I certainly hope so.